Secure your holiday for just £99

In line with recent government advice bookings are only

This property is very popular

Jump to next available date

{{ getButtonHeading() }}, however the property is available from {{ getReadableChangeoverDay() }}

Your selection is not available, please select a new date on the calendar above to view a price

Your selection is not available, please select a new date on the calendar above to view a price

There are no prices available for the dates selected.

Please note:
There is also a £3 Low Deposit administration charge to pay. Please refer to the Booking Conditions as amended by the current {{filteredButtons[0].depositLink.web_title}} for further information.

* Based on a combined average customer score

The Haven is a beautiful family home in Trebetherick with a very large private garden and exceptional views of the Camel Estuary, St Enodoc Golf Course and Brea Hill. This beautiful family holiday home comfortably sleeps 12 guests in 6 bedrooms spread over two floors. The Haven is perfectly situated for children and dogs and next to footpaths to Daymer Bay, Rock and Polzeath. The Haven's warm and well equipped kitchen easily accommodates everyone whilst the playroom is a wonderful space to watch movies or play games. Relax in the spacious sitting and dining room and enjoy lovely views of Daymer Bay, Brea Hill and Hawker's Cove. Double doors lead to a large, comfortable conservatory and terrace with garden furniture for al fresco dining and seating in warmer months. Everyone will love the garden, sheltered sun trap and outdoor sofa for early evening drinks. The Haven's first floor large master bedroom with Super King bed has an en suite bathroom with shower, bath and bidet. The similarly large second bedroom with Super King bed and two well proportioned twin bedded bedrooms and a double room share two bathrooms - one with a child friendly bath and the other with a walk-in shower. The last bedroom is found on the top floor with a Super King bed and a bathroom.With a beach footpath opposite, The Haven is ideal for bucket and spade holidays or brisk dog walks on tranquil Daymer Bay. Nearby Polzeath is great for surfers, kayakers and body boarders with equipment and lessons easy to arrange. Walk to Rock for sailing and paddleboarding or take the coastal path to Port Isaac; a traditional and interesting fishing village. The Haven's utility area equipped with a washing machine and tumble dryer, keeps everyone clean and dry after another fun day. The Haven becomes your second home to entertain family and friends or relax with a movie and games in front of a fire.Ground Floor: Utility Room with washing machine and tumble dryer Shower room with basin and W.C. Kitchen with full size fridge/freezer, oven, microwave oven and dishwasher Playroom/Media Room with Bose surround sound, DVD player. Cloakroom Open plan Dining Room/Sitting Room for 12 with iPod compatible CD Radio Large Conservatory leading to the garden with outdoor seating, table and snug area. First Floor: Bedroom 1: Super King Bedroom with stunning Estuary views; TV and en-suite Bathroom with bath, separate shower, W.C, basin and bidet Bedroom 2: Super King Bedroom with stunning Estuary views. Bedroom 3: Twin Beds (3ft) Bedroom 4: Twin Beds (3ft) Bedroom 5: Double Bed (4ft 6) Family Bathroom with child friendly bath and W.C Family Shower Room with basin and W.C. Second Floor: Bedroom 6: Super King Bedroom (6ft) Bathroom with Bath, basin and W.C. Pets by arrangement: Restricted to the ground floor area and to left in the utility room overnight. 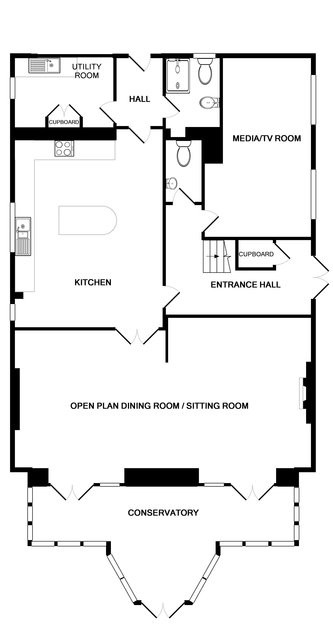 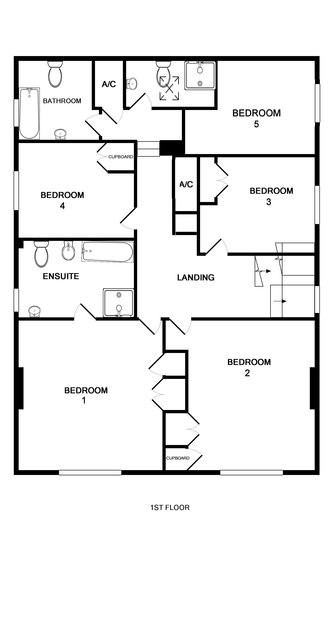 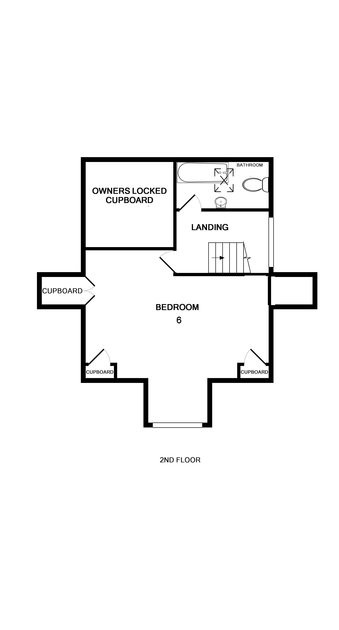 Note: This property has a Good Housekeeping bond of £200.

Daymer Bay and the village of Trebetherick were both loved by Sir John Betjeman and are unquestionably special. With a huge appeal to both the young and not so young, Daymer Bay has recently been voted one of the best beaches in the world! St. Enodoc Church, once buried in the sand, is within comfortable walking distance of Daymer Bay and is the resting place of Sir John Betjeman. Daymer Bay holds great appeal for wind surfers, kite surfers and paddle boarders, with the gentle waves rolling up the estuary. There is enormous fun too for small children with buckets and spades and fishing in the rock pools. At low tide you can walk across the sand to the village of Rock to indulge in a spot of retail therapy or a bite to eat at one of the many delicious eateries, or catch the short ferry ride and explore the delights of Padstow. Up from the coast path as it runs from Daymer Bay is Highcliffe, nestling between Polzeath and Trebetherick, both of which boast a number of pubs, restaurants and village stores all offering a wide variety of fresh quality produce. The properties at Highcliffe have the advantage of being within easy reach of Daymer, Polzeath and Greenaway - Greenaway being the name given to the clifftop area, beach and small cove with rock pools overlooking the Atlantic beyond that lies between Daymer and Polzeath.

Pets are restricted to the ground floor area and are to be left in the utility room overnight.

Uh oh! An error occurred, could you double-check your email?

Thank You! You have subscribed successfully

Are you on the phone to our call centre? Your Customer ID is: ba1u521t